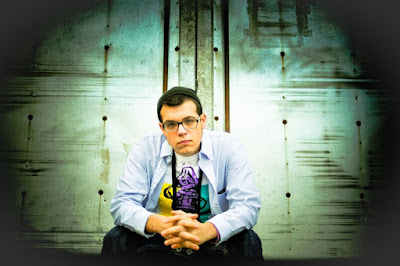 Introduce yourself, tell us where you are from?

My name is Rich Quick and I was born and raised in Woodbury, New Jersey. It's a small city about ten minutes outside of Philadelphia.

What artist's was you bumping when you were coming up?

A lot of classic West Coast. Dre, Snoop, Nate Dogg...especially 2Pac. I also was big into underground hip-hop like Jedi Mind Tricks, Atmosphere and Brother Ali. At the same time the era I grew up was feeding me the Cash Money's, the Ruff Ryder's and Murder Inc.'s. So I always bumped a little bit of everything.

How did you get into the music game?

Something made me want to do it. And when I discovered cyphers at my school, I wanted to do it even more. Back then you had to battle to get any sort of respect, so I was always trying my best to out-rap local emcees. It wasn't until I battled an emcee named Moe Cheeks that I actually had gotten served and started to re-think this whole rap thing. But Moe turned out to be cool, and encouraged me to stick with it. We started rapping together and eventually formed a group call Rag Tag, which kind of became a powerhouse of Hip-Hop in my city. We were known for killing it. Putting out projects, doing shows, battling, cyphers. That was my first taste of the rap game, and at such a young age.

Tell us what projects you have released?

I released seven projects, solo and with my group, until I broke out into the Philly Hip-Hop scene around 07. My debut mixtape to a large scale audience was "I'm with the DJ" in 2012 which catapulted me even further. It landed me an opportunity to team up with STRESS the Whiteboy, an acclaimed producer whose credits include Gym Class Heroes, Ghostface Killah and Lil' Wayne. He and I released our EP Sad Songz in 2013.

What artists have you worked with?

I'm really blessed to have collaborated with some heavy hitters. A lot of Philly legends like E. Ness, Hollowman, Truck North and Reef the Lost Cauze to name a few. And an even broader spectrum of artists including Tim Armstrong, Big Krit, Rakaa Iriscience of Dilated Peoples and Miilkbone. It's interesting for me to see how these guys create records and each individual experience I never forget.

You have been touring around just lately, Tell us about some of the places you have performed?

Well, I just got back from Europe where I toured the UK and the Netherlands. That was really dope to rock out in places like London and Amsterdam. Shouts out to Tricksta and the Beats And Bars crew for bringing me out there. It was an interesting experience touring overseas. It gave me a really good dose of culture and whole lot of perspective.

Tell us about your latest release?

The Everywhere Man is dope hip-hop! I experimented with some new things and worked with new artists. It was fun to create and watch evolve. As always I give people a close personal look at my life over some of the dopest production. The feedback on the project has been amazing thus far and as more people hear it, I hope the high praises keep pouring in.

What artists feature on there?

Of course I had to include my South Jersey brother Skrewtape on the remix to my fan favorite Real, Rugged Raw alongside Jersey legend Miilkbone. I also wanted to work with some overseas cats I had been hearing about like Lewis Parker and Dandyguel as well as Trademark Blud and Big Ribzy. I made sure to include songs with heavy hitters in the game like Chris Rivers, Reef the Lost Cauze and Rakaa Iriscience. The overall collaborations on this album came together nicely and are no joke!

What producers did you work with?

My ace will always be Stankfoot. The foundation of this album was built on his production. Tracks like No1, On My Shoulderz, and Son Come really got me comfortable and loose. I also had opportunity to work with the Snowgoons for the first time on the title track The Everywhere Man, which turned out really dope. The rest of the album contains cuts by STRESS the Whiteboy, J57 of the Brown Bag All Stars, J Hart, Bunker Beats, Divine Drummah, and The Wurxs.

For people just about to discover Rich Quick for the first time what can they expect to hear on the new album?

A glimpse into my life on a personal level. A showcase of good lyricism and healthy flows. And of course dope beats. This album has a little something for everyone.

Where can people get your music?

My music can be found virtually anywhere music is sold on the Internet. And also physical copies are available through my website.

www.RichMFNQuick.com for the newest and latest as well as exclusive content---or follow me on any social network @RichMFNQuick.

Whats next for Rich Quick?

I feel that I'm about to make the greatest music of my entire career. I'm so inspired right now and the only place I can go is up. I love life.

Anything you want to add and shout out?

Shouts-Out to my team at Exponent Entertainment, Corfu, and all of my devoted fans and supporters who continue to help me grow my brand.
Posted by Straight Realism at 11:52 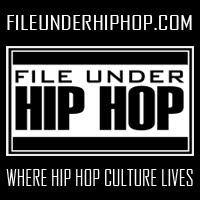